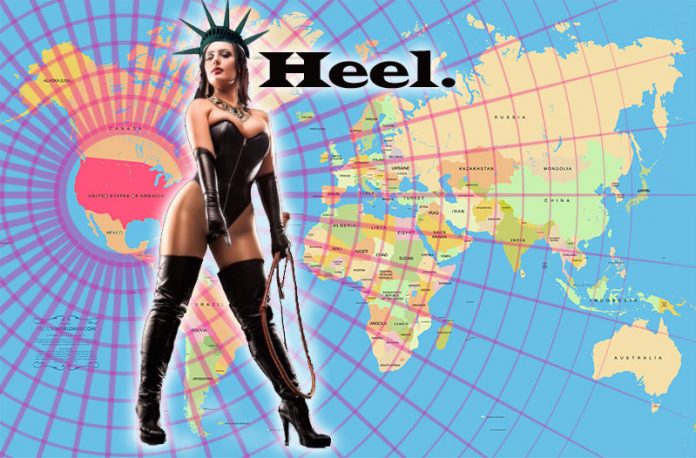 WASHINGTON: Frustrated with the tedious, piecemeal approach to enforcing American will abroad, the House and Senate have approved a sweeping bill imposing sanctions against all 195 nations on Earth.

Having to craft a sanctions bill for every individual miscreant nation was growing inefficient and tiresome, given the soaring volume of new sanctions, explains Lindsey Graham, co-sponsor of the Senate bill. “So we’re flipping the stick, so to speak, and starting from the other end,” he said. “Now only bills to repeal individual sanctions will be debated.” Responding to critics decrying the indiscriminate nature of the bill, Graham explained: “All of them have thwarted us in one way or another and none are 100% cooperative now. So it’s Time Out time for the whole classroom.”

State Dept. spokeswoman Kate Uberchick explained the new procedures: “An appeal to repeal sanctions should be submitted in triplicate to every member of the House and Senate and the President’s cabinet. It should be written with professional, humble language, on good stationary with the appropriate seals and validations. Please note that accompanying gratuities and perquisites are not prohibited by the bill. But we do suggest hiring one of the better K Street firms, even if your country is not actively misbehaving during the probationary period.”

Allies, enemies and neutral nations alike are uniformly furious. UN Secretary-General António Guterres spoke for them: “Even Mongolia and Brunei? What have they done to deserve this?”

President Trump responded by tweet: “Nothing, that’s the point. Mongoloidia and Brunee and so many others have never DONE ANYTHING for the United States. So they’ll be sanctionated until they do. Tony Guterres is a LOSER speaking for loser countries. But now they have the chance to take up the slack and get behind a WINNER.”