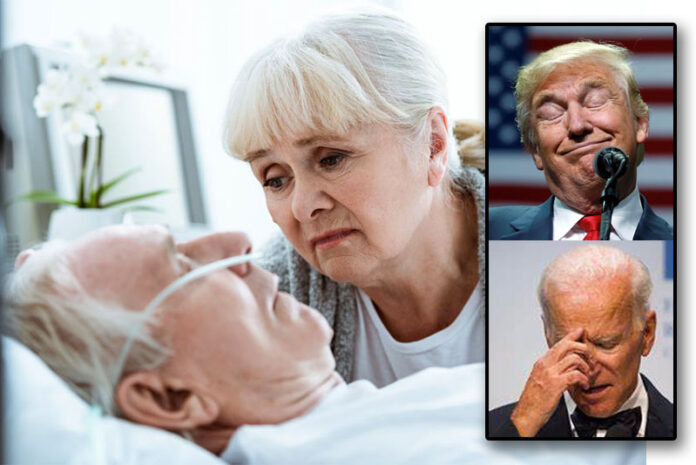 Ft. Lauderdale CPA Harold Danforth survived a near-fatal car crash on November 24, 2000 before lapsing into a vegetative coma for the next 20 years. Last Sunday, caretakers were shocked to see him miraculously coming out of the coma.

Family members surrounded his bed as Danforth gradually, tearfully recognized them and asked a few anachronistic questions about a nephew’s college graduation, had his Glastron boat sold?, the Miami Dolphins playoff chances, and “Who won the election?”

“Biden, we think. It’s being contested,” answered sister Gloria Hardesty, forgetting that Danforth’s mind was still trapped in November 2000. “Oh, George W. Bush was declared winner in that one,” she said, correcting herself. “But that was a long time ago. Twenty years! You’ve missed so much progress.”

Attending neurologist Dr. Cy Blainesworth advised that recapitulating the whole 20 years of missed history would be too much for Danforth to process. “Let’s just get him to the present day,” said the doctor, offering his personal laptop for the task. Placed on Danforth’s bed table, the laptop played a Youtube video, 2020 Year in Review, reviewing the Covid-19 pandemic, Great Depression II, New York and LA looking like ghost towns, the summer of protests and riots, and the controversial presidential election. The video featured clips of President Trump’s presser about injecting bleach as a Covid cure and a montage of Biden’s incoherent ramblings.

What happened next shocked all present. According to nurse Wanda Glypton, “He closed the laptop lid and his eyes fluttered closed before he groaned, ‘Oh God, we’ve gone backwards. No toilet paper? I’m better off where I was.’ Then the EEG showed his brain waves plunging from Beta to Theta to Delta. He nodded off, and… we haven’t been able to get him back.”

Danforth’s relatives are suing for malpractice. Attorney Jay Goldberg explained: “This whole year, they’ve been admitting hordes of perfectly healthy people for SRC — Spontaneous Reactive Catatonia. People who just can’t handle the reality of the times. They’re wheeled into this hospital curled in fetal positions, soiling themselves and sucking their thumbs. They should have known exposing a patient in Mr. Danforth’s vulnerable condition to a highly concentrated bomb of 2020 news would be overwhelmingly traumatic. It’s more than malpractice — it’s almost sadistic. We’re demanding 20 million dollars.”

Danforth’s Methodist minister, Rev. Hollis Eagleton, was more philosophical: “Harold may never come out of his coma again. But we all must be comforted by this thought — he’s in a better place now.”